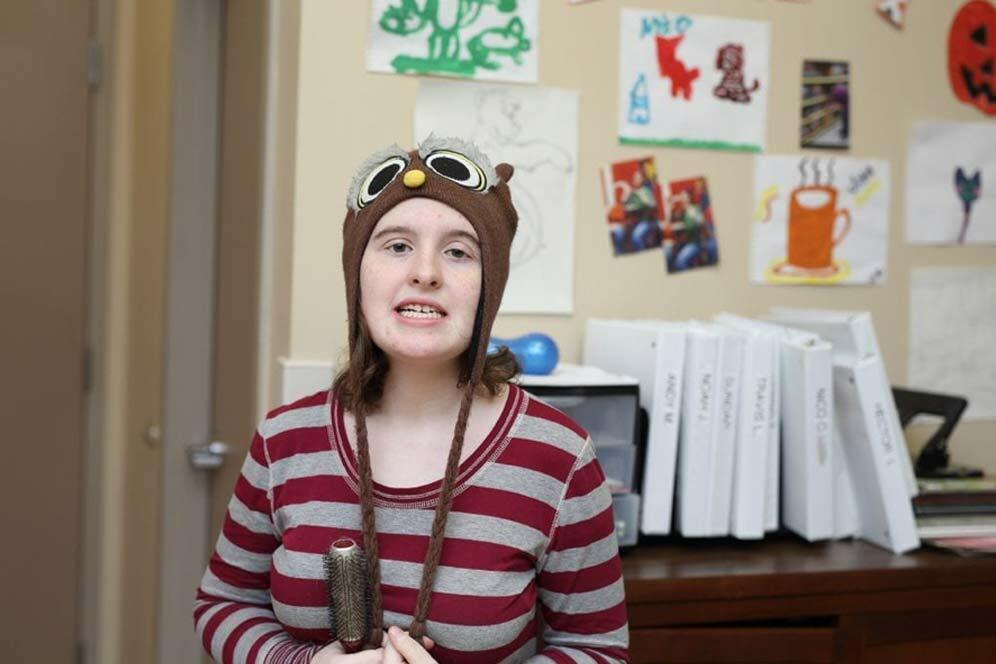 Autism or ASD is a spectrum disorder characterized by a range of challenges with social skills, repetitive behaviors, speech and nonverbal communication.

We know that there is not one autism but many subtypes, most influenced by a combination of genetic and environmental factors. Because autism is a spectrum disorder, each person with autism has a distinct set of strengths and challenges. The ways in which people with autism learn, think and problem-solve can range from highly skilled to severely challenged. Some people with ASD may require significant support in their daily lives, while others may need less support and, in some cases, live entirely independently.

Core symptoms of autism are social communication challenges and restricted, repetitive behaviors.  Symptoms of autism may include slow development or lack of physical, social, and learning skills. Signs of autism usually appear by age 2 or 3. Some associated development delays can appear even earlier, and often, it can be diagnosed as early as 18 months. Research shows that early intervention leads to positive outcomes later in life for people with autism. Many people with autism also have sensory issues, such as over or under stimulation to lights, sounds, touch, tastes, smells and other stimuli.  Autism is also associated with high rates of certain physical and mental health conditions.

Autism spectrum disorder has no single known cause. Given the complexity of the disorder, and the fact that symptoms and severity vary, there are probably many causes. Both genetics and environment may play a role.

How is Autism Diagnosed?

Because there are no medical tests for autism at present, the diagnosis must be based on observations of the child’s behavior. Sometimes the process of elimination is the only guide. For older children, whose early symptoms have changed, it may be necessary to interview the parents about the child’s early years in order to avoid misdiagnosis. The most common assessment tool is the Autism Diagnostic observation Schedule.

Is Autism Associated with Other Disorders?

Autism occurs either by itself or in association with other disorders which affect brain function. Prenatal viral infections, some metabolic disturbances, epilepsy, or intellectual deficits may result in, or exist in conjunction with autism.

How Severe Can Autism Be?

In milder forms, autism most resembles a learning disability such as childhood aphasia. Usually, however, people with autism are substantially impacted. With approximately 3% of those affected, severe autism may cause extreme forms of self-injurious, repetitive, highly unusual, and aggressive behavior. The behavior may persist and be very difficult to change, posing a tremendous challenge to those who must manage, treat and teach individuals with autism. People with autism live normal life spans. Since certain symptoms may change or even disappear over time, persons with autism should be re-evaluated periodically and their training adjusted to meet their changing needs.

What are the Treatments for Autism?

Various methods of treatment have been tried but no single treatment is effective in all cases. Although there is no know cure, appropriate programming, based on individual functioning level and need, is of prime importance in promoting programs of success.Some individuals benefit from controlled diet and/or medication. Examples are those whose autism is exacerbated by an excess of uric acid in the blood, or whose autism is co-occurring with a seizure disorder.

What Research is Being Done?

The field of autism research is quite broad. There are countless investigations into the detection, prevention, and treatment of autism. Because the causes of autism are not clearly understood, researchers have been studying the genetic components playing a role in autism along with the impact of undetermined environmental factors.There are also many studies investigating early brain development and functioning, social interactions in infants, helping people with autism find better ways to live with the condition, the best education techniques to use, successful ways to confront behavioral issues, and potential new medication treatments to prevent or alleviate its effects.

If your child exhibits some of these signs, or if you are concerned with the way your child plays, learns, speaks, or acts, contact your child’s doctor to share your concerns: